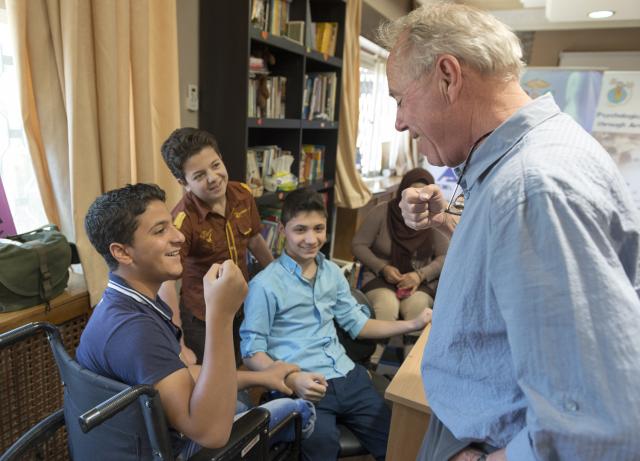 The Hashemite Kingdom of Jordan hosts over 700,000 registered refugees, most of whom are victims of the ongoing war in Syria and intermittent conflict in Iraq and other neighboring countries. The increasing demand for health services needed to accommodate these refugees vastly exceeds the capacity of the public health sector, putting enormous pressure on human resources, medical staff, hospital infrastructure, and health facilities, and places an overwhelming burden on Jordanian citizens.

The Polus Center works closely with Jordanian and Syrian rehabilitation facilities in Amman, training rehabilitation staff in prosthetics, orthotics, and physical and psychological therapy. While much progress has been made to increase Jordan’s national rehabilitation capacity, there remains an ever-increasing demand for support.